The Ngāti Pāhauwera Development Trust has completed its Ratification voting process under the Marine and Coastal Area (Takutai Moana) Act 2011 for the offer of Customary Marine Title:

Those who attended the voting hui have voted to accept the Minister’s offer of customary marine title and that Ngāti Pāhauwera Development Trust should be the holders of the title. You could only vote if you attended the hui but letters, emails and facebook comments etc for or against the ratification will also be taken in to account and have been provided to the Office of Treaty Settlements.

The three voting hui were advertised in the Wairoa Star, Hawkes Bay Today and the Dominion, our website and both the Ngāti Pāhauwera Development Trust and Waipapa A Iwi Facebook pages. 52 letters or emails of support for ratification of the minister’s offer were also received. They came from Raupunga, Wairoa, Mohaka, Putere, Flaxmere, Australia, Napier, Putorino, Wellington, Hamilton, Hastings, Whakaki and more.

Our members have been kept informed of the Takutai Moana process and the Minister’s offer via social media and at various hui for example the Customary Fisheries Wananga Mohaka November 2016, Karanga Wananga Tutira January 2016, Hui for those who provided evidence Raupunga May 2017 and Hui A Iwi Mohaka 28 May 2017. We would like to thank those who gave evidence for this application, the Waipapa A Iwi Facebook page for sharing our hui dates and information and all of those who voted for or against, or commented on Facebook. Your views on this matter are important. All comments have been provided to the Office of Treaty Settlements along with reports from Te Puni Kokiri who acted as independent observers and reported on the presentations, whether there was opportunity for members to ask questions and korero with staff and Trustees.

As you all know, the Trustees are disappointed with the Minister’s offer but recommended to our members that we ‘bank’ what has been offered while we have applied to the High Court for the remainder of our Marine and Coastal rights. We will keep you updated with any and all developments.

If you would like a copy of the Deed of Agreement – or any other material related to our Takutai Moana please arrange with either the Napier or Wairoa Trust offices or contact Bonny Hatami on Bonny.Hatami@npdt.co.nz or 06 8343808 for more information. 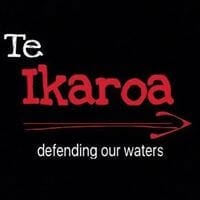