We would like to extend our warm congratulations to our Pāhauwera whanau/members who have been recognised in the Queens Birthday Honours 2017. Professor Sir Timoti Karetu, Ruruarau (Heitia) Hiha, Peter MacGregor and Toro Waaka were all announced as receiving honours this weekend. 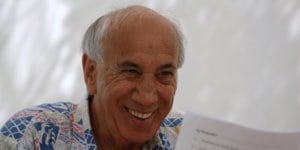 Appointed Knight Companion of the New Zealand Order of Merit, for services to the Māori language

Dr Timoti Karetu served as the inaugural Māori Language Commissioner from 1987 to 1999.

Dr Karetu was appointed a Companion of the Queen’s Service Order for services to the Māori language in 1993. After stepping down as Māori Language Commissioner he served as Executive Director of Te Kohanga Reo National Trust until 2003. He remains the current Chairman of the Trust. He was a key instigator of the establishment of Te Panekiretanga o te Reo, the Institute of Excellence in Māori Language in 2003 and has been the Executive Director since inception. The Institute provides the most advanced Māori language academic course for adult students across New Zealand. He has been a regular contributor at national and international symposia, delivering presentations and papers on indigenous language revival and retention. Dr Karetu has been involved with the National Film Archive and has served on the Boards of Te Waka Toi, Toi Māori, and the National Library, as well as Chairperson of Aotearoa Traditional Māori Performing Arts Festival Committee and Te Māngai Pāhō. 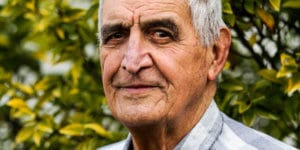 Appointed Officer of the New Zealand Order of Merit, for services to Māori.

Mr Heitia Hiha is a kaumātua of Ahuriri Hapū and a key driver of progress on the Ahuriri Hapū Treaty claims, having made clear submissions to the Waitangi Tribunal on seven different claims and been committed to attending negotiations.

Mr Hiha was a Māori All Black in the 1950s and has been a teacher and respected representative on a wide range of committees representing the interests of Māori within local and central government. He has been iwi liaison officer for Hawke’s Bay Regional Council and kaumatua for Napier City Council, and chaired the Napier City Council’s Māori Consultative Committee from 1991 to 1999. He was appointed to the Hawke’s Bay Conservation Board in 1993. He has been a Trustee for Mana Ahuriri Inc since 2009 and a Trustee of Te Awahohonu Trust and Tataraakina C Block Trust. Mr Hiha has been a Justice of the Peace since 1982 and was a Trustee of the Waiapu Diocese Board from 1987 to 2006. 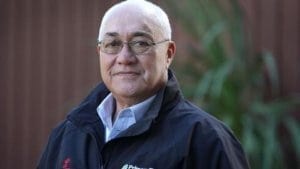 Appointed Member of the New Zealand Order of Merit, for services to Māori and agriculture

Mr Peter MacGregor held various positions within the Department of Māori Affairs in the 1970s and 1980s, including as Manager Housing and Land Development, Assistant Director Community Services and Housing, and Senior Housing Manager and Director Employment and Training.

Mr MacGregor was a Regional Manager with Te Puni Kokori between 1990 and 2004 for both Takitimu and Wellington regions. He developed the Joint Working Agreement between the then Ministry of Agriculture and Forestry and Te Puni Kokiri and worked with Manaaki Whenua on local and regional projects. He was Strategic Manager, Māori and Tagata Pasifika for the Agriculture Industry Training Organisation from 2005 to 2012. He designed the Industry Training Organisation’s Māori Strategy from scratch and assisted with embedding this strategy throughout the organisation. He was involved in several initiatives including the Te Kuiti Māori Farm Managers Diploma and the development of the Ahuwhenua Young Māori Farmer competition. Recently he has been a contractor with Ngāti Pāhauwera Development Trust in a Change Manager role and has developed the delivery of the River Restoration project for Mohaka, Waikare and Waihua rivers. Mr MacGregor is a Trustee of several Ahuwhenua Trusts and is an advisor Trustee to the Hinemanu/Ruaka/Te Upokori Charitable Education Trust.

Appointed Member of the New Zealand Order of Merit, for services to Māori and the community

Mr Toro Waaka has been involved in a host of initiatives around employment, community development, conservation, and tourism for the past 45 years.

Mr Waaka was a founding member of the Hawke’s Bay Secondary Schools Kapa Haka competitions in the late 1960s and Nga Tamatoa in the 1970s. He has worked with at risk youth through the Napier YMCA and was the chair of Te Taiwhenua o Whanganui a Orotu, which included an urban marae, a Kohanga reo and training and employment schemes. He has been CEO of Ngāti Kahungunu Iwi incorporated. He was a claims researcher and Trustee negotiator for the Ngāti Pāhauwera Development Trust 2012 Treaty of Waitangi Deed of Settlement, of which he is the Chair. As a Fisheries Commissioner he helped develop the Māori Fisheries allocation model. He has chaired the Napier Community Grants Committee and is a member of the Ministry of Social Development National Māori Innovation Reference Group. He has had influence on council policy and planning as a Māori Liaison Officer for the Wairoa District Council, member of the Hastings District Council Māori Committee, and Co-chair of the Hawke’s Bay Regional Council planning committee. Mr Waaka is a Director on New Zealand Māori Tourism and the Chair of Hawke’s Bay Māori Tourism.